RMSP uses Zoom for online education. Time will not be spent learning Zoom in class so we recommend familiarizing yourself with the platform prior to starting class. Click here to download the Zoom app on your computer.

Login information will be emailed to all registered students no later than 24 hours before the first class session.

Class sessions are live and are not recorded for later viewing. Please click "Schedule" for specific dates and times.

We have our 8-month Professional Intensive, our 6-week Summer Intensive, and now our 5-session online Mini Intensive! In this course, you’ll get an introduction to a variety of photographic topics and instructors. You’ll learn exposure and composition tips for different genres, and you’ll learn some key (but often overlooked or misunderstood) concepts and skills related to editing and printing your work.

You should come to this class with a basic understanding of exposure. If you’re still shooting on Auto or simply want a great refresher, consider registering for Exposure Basics: Shooting in Manual Mode.

What is the cutoff date for registration?

We accept registrations on a first-come first-served basis until a course is full. Register early!

How do I register?

How do I attend an online course?

RMSP uses Zoom for online education. Time will not be spent learning Zoom in class so we recommend familiarizing yourself with the platform prior to starting class. Click here to download the Zoom app on your computer.

Login information will be emailed to all registered students no later than 24 hours before the first class session.

Online sessions are live and are not recorded for later viewing.

How many participants are in an Online Course?

It depends on the type of course, but we typically cap online courses at 25 or fewer students.

What equipment will I need for my class?

We recommend headphones or ear buds to minimize audio feedback.

Please feel free to contact us either by phone or email with any further questions you may have. We look forward to welcoming you to an RMSP Online Course!

Tuition
$145
This course is past its starting date.
Purchase a gift certificate
Ask a question in our forums 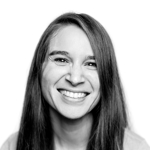 Jessica Carter is all about balance: passion with practicality, simplicity with thoroughness, creativity with strategy. She even balanced a degree in business administration with one in public administration. Jessica has worked with small nonprofits, universities, government agencies, and Fortune 500 companies. Through most of her career, she’s developed and managed programs for college students, adult learners, retirees, and alumni. (Speaking of alumni, she’s also a graduate of RMSP’s Summer Intensive.) Jessica is currently the Program Director at RMSP where she manages the Professional Intensive and Summer Intensive programs, balancing the big-picture curriculum with logistical details. She teaches business planning and management courses in Professional Intensive, and she loves bringing new ideas, helpful insights, and a boost of energy to aspiring entrepreneurs. Jessica’s love of teaching is second only to her love of nature; in addition to business courses, she also teaches wildlife, nature, and abstract photography. 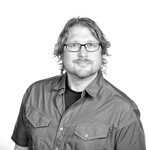 Rob Gappert is a landscape and nature photographer. He grew up in Bismarck, North Dakota but now calls Missoula home. Rob enjoys the outdoors and has been shooting landscapes for the better part of 15 years. He loves to travel with his family and is a self-proclaimed “National Park Junkie”. Rob is a 2015 Summer Intensive graduate and loves to share his passion for the art. 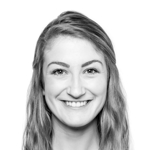 Sarah Chaput de Saintonge directs Rocky Mountain School of Photography with her husband, Forest. She has a BA in photojournalism and enjoys experimenting with many kinds of photography, but her primary interest is portraiture. She attended RMSP's Career Training program in 2011, ran a business in consumer portraiture for a while, then started working as an instructor and teaching assistant. She successfully completed one 365 project (take a photo a day for a year) and once made it to 155 consecutive days of making self portraits. She is now documenting ten years of her life with a daily photo of a person, place, or thing. She loves people, image editing, composition, film, her cats, and Forest. 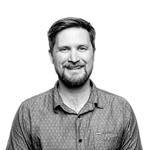 He has been a freelancer for over 15 years and takes a 'real-world' approach to his perspective of the photographic industry and the skills needed in today's market. Locally, he is the Director of Arrowroot Productions, LLC, a commercial videography business. 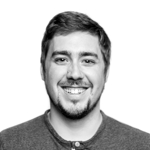 Forest Chaput de Saintonge directs Rocky Mountain School of Photography with his wife, Sarah. He has been immersed in photography since he was born. He grew up in Missoula and began taking photos with an SLR when he was seven years old. He started working for Rocky Mountain School of Photography at age 13. During his free time, he likes to become a master at new things, build stuff, hike, photograph, and be an astrophotographer. Forest has a degree in Astrophysics, just because. He really enjoys teaching and loves to help students understand concepts thoroughly. Forest has vast experience working with and teaching Adobe Lightroom Classic, Photoshop, and Astrophotography

His astrophotography can be found here: FoFoAstro 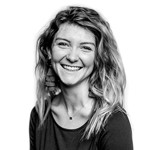 Quinn Hegwood is one of RMSP's core instructors, specializing in printing and social media. She enjoys photographing people in their natural habitat, primarily mothers and children, and she is on a constant search for light. Quinn is passionate about helping students to discover the artist within themselves.

By registering and completing any course with us, you will automatically be eligible for EDU status with B&H Photo. EDU members can save money on select items sold by B&H.

The software you use in your workflow is almost as crucial as your camera. Register for any RMSP course and you will receive a code to save 15% on a Adobe Creative Cloud subscription for the first year.

What Gear Do You Need?

Want a specific lens for a workshop? Need some extra gear for your next shoot? Renting gear from Lens Pro To Go allows you to try before you buy! Upon registering for a course, you will receive a discount code for 10% off your next rental.